After 22 years of Service as a sales representative at Liftway, it is with mixed emotions that we announce the retirement of John Newitt.

John started his career at Liftway in August of 1995 in the Parts Department as an Inside Parts Salesperson but after 3 months moved to the Sales Department as a Liftway Account Manager. 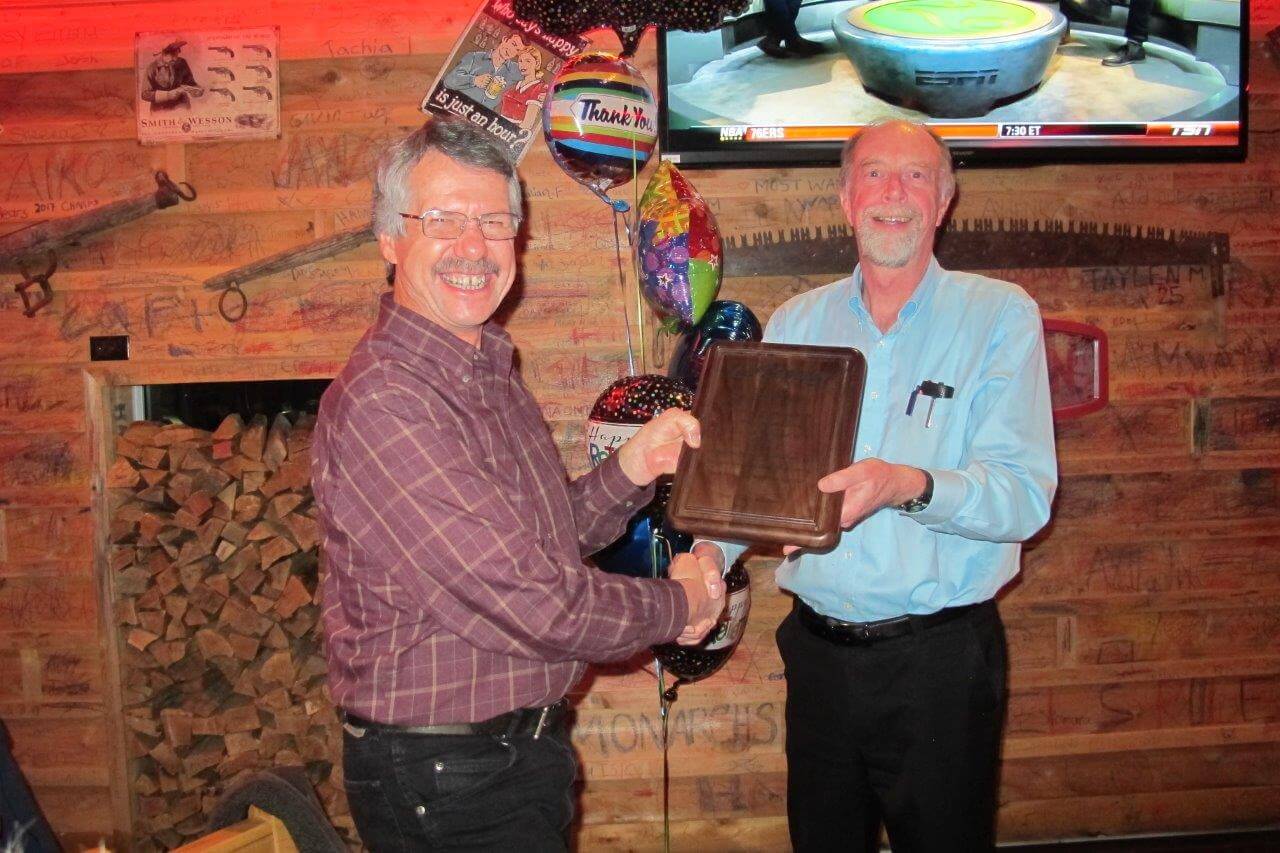 John Newitt receiving a plaque from General Manager, Ross Cochrane recognizing John’s 22 years of service to Liftway and his customers

John handled many of the Brantford accounts along with Simcoe, Woodstock and Tillsonburg until his retirement.

John has a cottage up in Tobermory where he will be now calling home.

Although we are very happy for John, we will all miss him and we sincerely wish him all the best in his retirement and want to extend our sincere appreciation for all his dedicated years of service.

each account. If there are any questions please contact Frank Clarke, Sales Manager at 519-759-5590 Ext. 127 or fclarke@staging.liftway.ca.