Reduce the costs due to damage of goods from premature unclamping.

The new Cascade system is recommended for use on Paper Roll Clamps, Layer Pickers and Sliding Arm Clamps to provide an added level of security in preventing accidental load dropping (as required by the ANSI/ITSDF B56.1, paragraph 7.25.7-see page two – see below).  The Cascade Clamp-Open-Guard requires a secondary action on the part of the forklift driver before the open auxiliary function will operate, preventing unintentional release of the load. 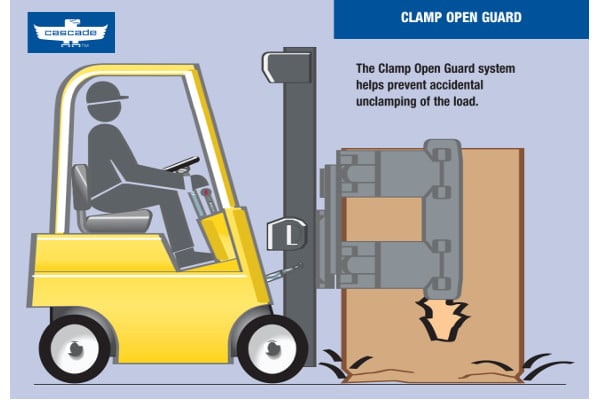 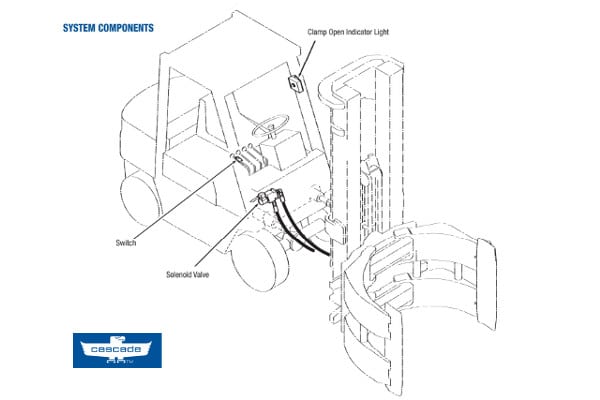 Effective for lift trucks manufactured on or after October 7, 2010 a new safety standard states that all lift trucks with a load bearing clamp (paper roll clamp, carton clamp, etc.) must require two distinct motions on the part of the driver before opening or releasing the clamp. For example, you must press a button and then move a lever to unclamp the load. This requirement applies to new and used attachments being mounted on new trucks shipping after the effective date above.

Cascade’s Clamp-Open-Guard meets the requirements of this new safety standard and is also an excellent choice for trucks that shipped prior to the effective date for users that focus on safe operations. This system is recommended for use with all paper roll clamps and sliding arm clamps and provides an added level of security to prevent accidental load dropping.

NEXT FORKLIFT PURCHASELEASE or BUY WHAT ARE YOUR OPTIONS