Marengo-based UniCarriers Americas has been cited for “bucking the trend that equates automation with job loss”.

Chicago Business reports that although UniCarriers has automated more and more forklift production in the past five years, no workers have been laid off. “In fact, headcount has doubled since 2012, and the company has spent USD1.1 million to retrain employees for other jobs within the factory,” according to the report. 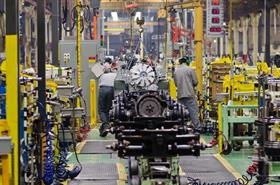 The company is now building forklift components in-house that it once purchased from suppliers, as well as riding a booming market for forklifts fuelled by the US economic recovery and the proliferation of warehouses stocking goods for Internet shoppers, it adds.

The article cites a June report from the Washington, DC-based Industrial Truck Association which says the sector is “an increasingly rare example of a thriving blue-collar industry, in which opportunities exist for workers to gain skills and earn family-sustaining wages”.

The UniCarriers plant began automating around 2002 but has accelerated in the past five years, says Dale Mark, vice president of manufacturing operations. Six? of the 19 automated machines have been added since then. There are 15 robotic welding systems and four laser-cutting machines that can cut parts unsupervised.

Some workers were nervous when management announced the machines would be moving in, says Christy Willis, director of human resources at UniCarriers Americas. That feeling is gone now that “100 percent” of the workers whose jobs were replaced have been retrained in other roles, the report adds.

NEXT FORKLIFT PURCHASELEASE or BUY WHAT ARE YOUR OPTIONS